Souls Not Forgotten
May 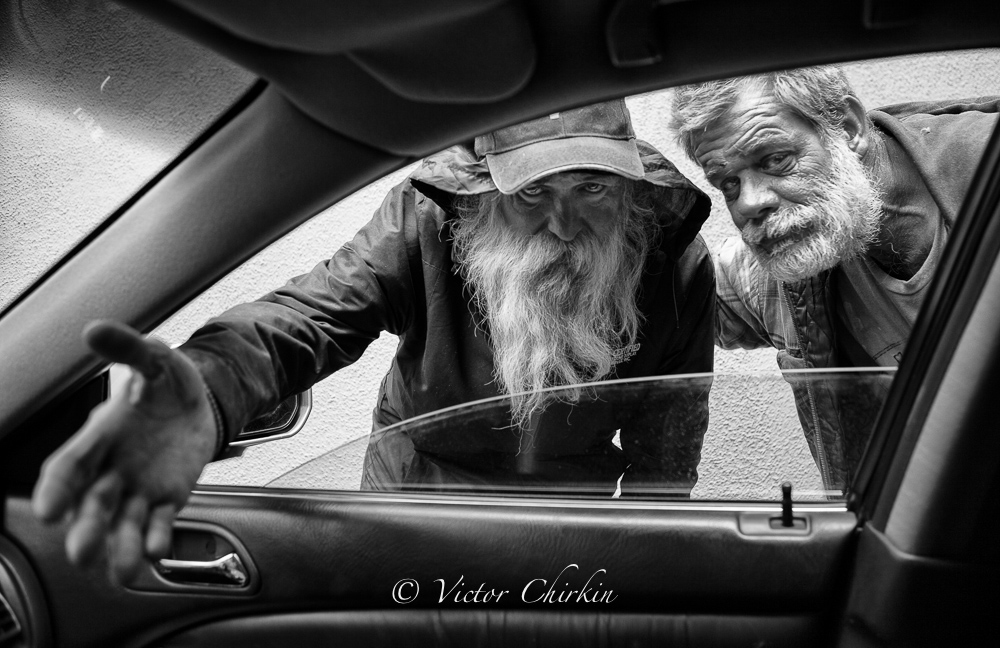 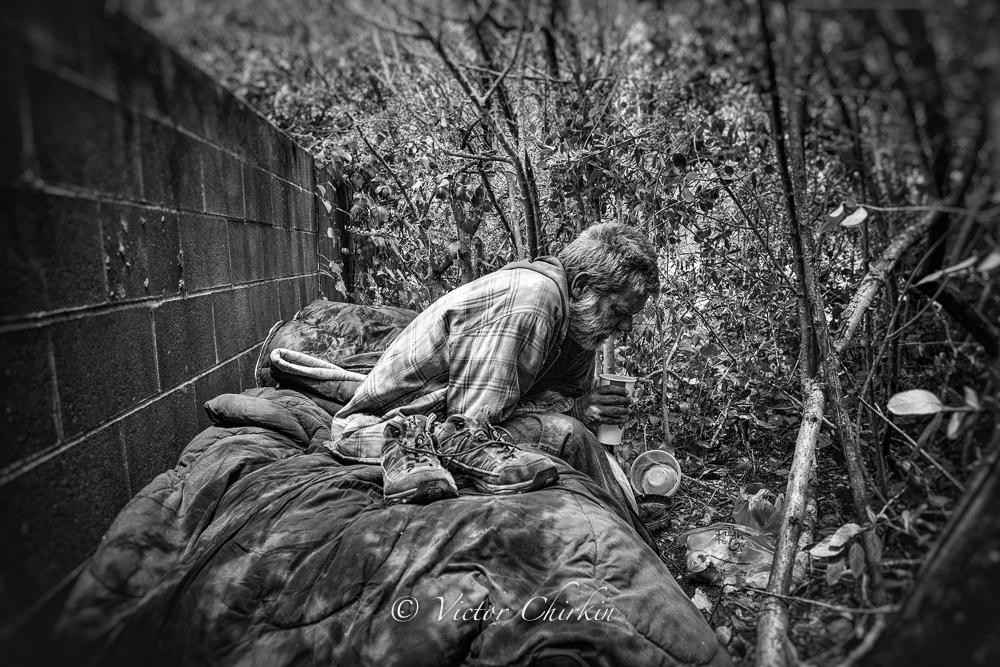 So I asked Robert “So where is your camp?” He just motioned me behind the dump­ster to a tiny open­ing in a row of trees and bush­es that lined a con­crete block wall. On the oth­er side of the open­ing was a small clear­ing about 12 ft. long by 6 ft. wide. This was Robert’s camp.   A sleep­ing bag sat on top of a pile of clothes, blan­kets and sup­plies. At the foot of the sleep­ing bag was an old wick­er chest where he kept most of his world­ly possessions. 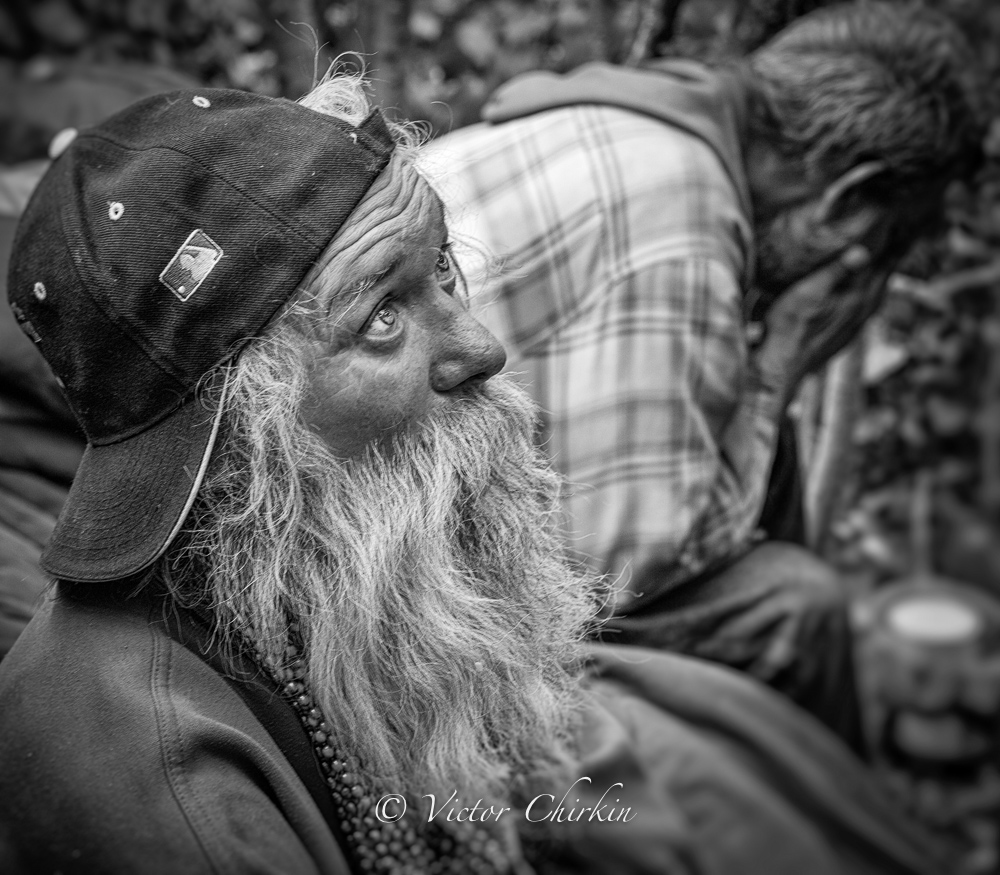 We spent sev­er­al hours at Robert’s Camp.  That’s when I got a glimpse into Robert’s life and some under­stand­ing as to why he was home­less.  He said his Mom died at the age of 24 when he was only 18 months.   He said his step Mom beat him dai­ly.  “Which is it today Robert?  You can have the red chain or the white chain? He recalled.  “My Dad was gone a lot, he was into some ille­gal stuff; Run­ning guns and such.  When he found out I was being beat­en he took me in the mid­dle of the night.  My life is just one long mem­o­ry of life on the run.  My Dad told me I’d be home­less.   He said “Life is hard, be cool with peo­ple on the street.”  I’ve been in and out of jail and I have 165 arrests for pub­lic drunk­en­ness.  The streets are hard the alco­hol helps dull the pain.” 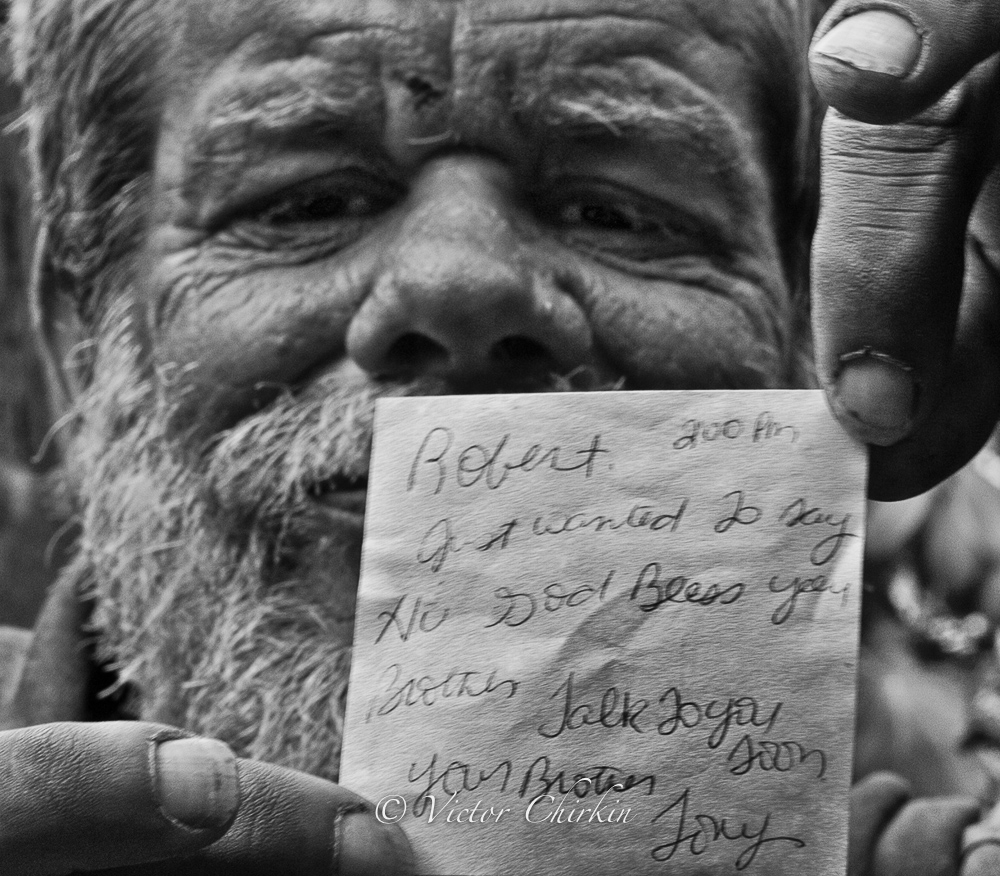 Robert reached under his sleep­ing bag, opened a brand new bag of sug­ar cook­ies and offered me one. I felt a bit odd tak­ing food from a home­less man. Here was Robert shar­ing his last bit of food with Fritz and I.   He was more than a gra­cious host that day; he was also a shin­ing reminder as to the true mean­ing of gen­eros­i­ty and car­ing for your fel­low man. It’s easy to give when you have every­thing. The true test is when you have nothing.

Robert said that he felt for­tu­nate that a Chris­t­ian man had seen him going into his camp and he would occa­sion­al­ly drop off sup­plies. He reached into his wal­let and pulled out a note and said “but the thing I trea­sure the most is this note. It’s the fact that some­one took the time to write down a few words. It gives me hope; it makes me feel human. It nice to know some­one gen­uine­ly cares”

The time I spent with Robert and Fritz in the “Bat Cave” changed our relationship.  I felt a level...